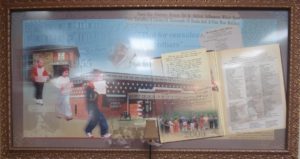 Monday and Thursday at 9:30 am in the Video Conference Room

There are no upcoming events.